WARREN GATLAND has been re-appointed as Wales boss after Wayne Pivac was sacked following a dreadful run ahead of the World Cup.

Wales stuttered their way through the autumn internationals and lost three of their four games.

This included a shock defeat to Georgia which intensified questions about Pivac’s position.

The New Zealander has now been sacked less than a year before the World Cup after taking charge in 2019.

Gatland, who was in charge for 12 years from 2007, has now been re-appointed, ending speculation that he could replace Eddie Jones at England.

He had been the director of rugby at New Zealand team the Chiefs. 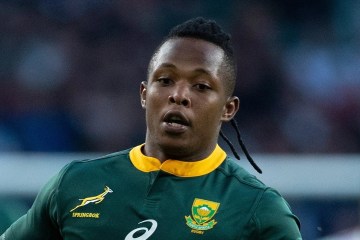 Welsh Rugby Union (WRU) CEO Steve Phillips confirmed Gatland will take charge of next year’s Autumn Nations and World Cup – and could even stay for the next World Cup in 2027.

Phillips paid tribute to Pivac in a statement but said the poor results had forced his hand.

He said: “This is one of the toughest calls to make in sport, but the review process has reached its conclusion and we have acted quickly and efficiently in the very best interests of our national team.

“Ultimately we are in the results business and we have agreed with Wayne that the current trajectory for Wales is not where we want it to be and we thank him sincerely for his time, enthusiasm, diligence and effort, which is unquestioned, as head coach over the last three years.”

Gatland said he is looking forward to next year’s tournaments as he bids to get Wales back on track.

He said: “This is an opportunity to achieve something with a talented group of players in a country so passionate about rugby.  A country which made my family and I so welcome, when we first arrived fifteen years ago, and all the time we were there.

“Our immediate priority is obviously the 2023 Guinness Six Nations and next year’s Rugby World Cup.

“There is little time for sentiment, professional sport is all about preparation, values and results. There will be new challenges as there always is with a change in head coach, but for me the environment, the players and their families will always come first.”

RUGBY UNION’S Six Nations gets underway this weekend with a trio of blockbuster clashes. To celebrate its return, SunSport have collected the best free bets and sign up offers available from...

AUSTRALIA’s players are ‘s***ing themselves’ about Eddie Jones becoming new head coach eight months before the Rugby World Cup. Jones, 62, was sacked by England last month after poor displays in...

FORMER England rugby star David Duckham has died aged 76. Tributes have poured in for the former player, who was given an MBE for his services to rugby. GettyDuckham played for...

AUSTRALIA have named former England coach Eddie Jones their new head coach and fans reckon they know what he’s going to do at the next World Cup. Jones has been handed...

WARREN GATLAND has spoken out for the first time on the tragic death of his four-month old daughter. The Wales head coach was 28 when his daughter Shauna was born in...