They also dressed as characters from the 1994 movie Dumb and Dumber for the stunt. 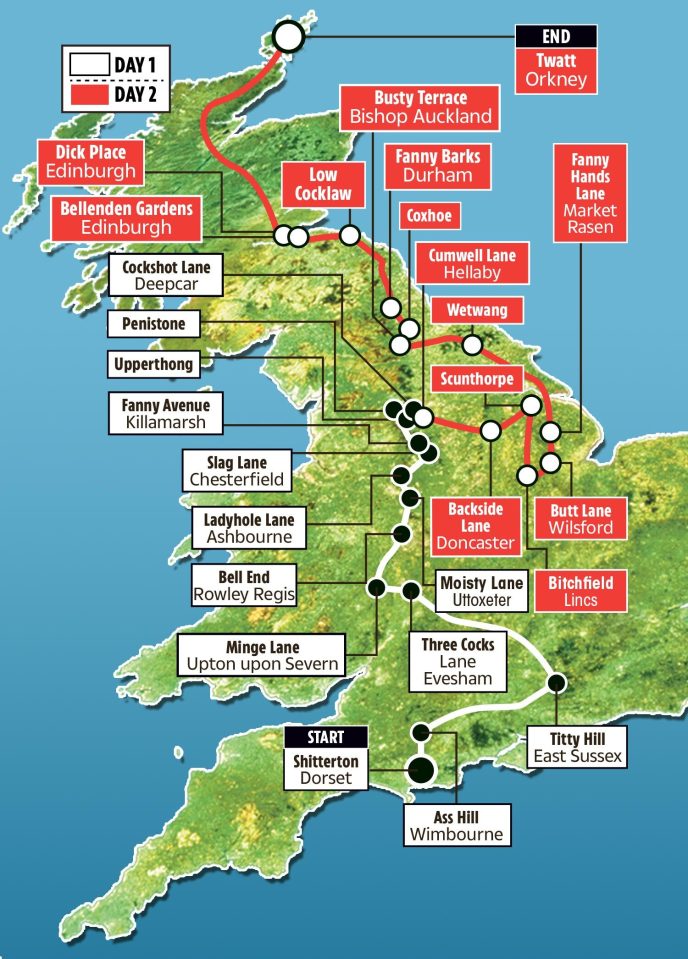 But when they got to Slag Lane in Chesterfield, they found the rude road sign had been stolen.

Lawson and Jack, who served in the RAF, and dog behaviourist James completed their odyssey in a Citroen Xsara Picasso decorated to look like a dog.

They hope to raise £10,000 for Service Dogs UK, which uses rescue canines to help those suffering from PTSD.

Lawson, of Sheffield, said: “The three of us are raving idiots. We liked the idea of doing something completely stupid but getting something good out of it.

“We have had a blast. It’s been non-stop laughter.”

SHE'S AT IT AGAIN


Tottenham set to be beaten by Cardiff for non-league star Ollie Tanner, 20