In September. The music diva will be launching her new NFT adding to her music merchandise line.

Next, it’s her own online mobile app being released to google and apple store.  This is all happening in alignment with the release of new ep Music is Art. Music is Art features music genres which has never been released by Intelligent Diva under the musical genres of rock and pop. Her music focus life experiences which people go through coping with work life balance.  For the artist who decided upon that creating music and sharing her talents was a great way for her to cope with stress. She turned it into a business because music is her passion and what she loves. 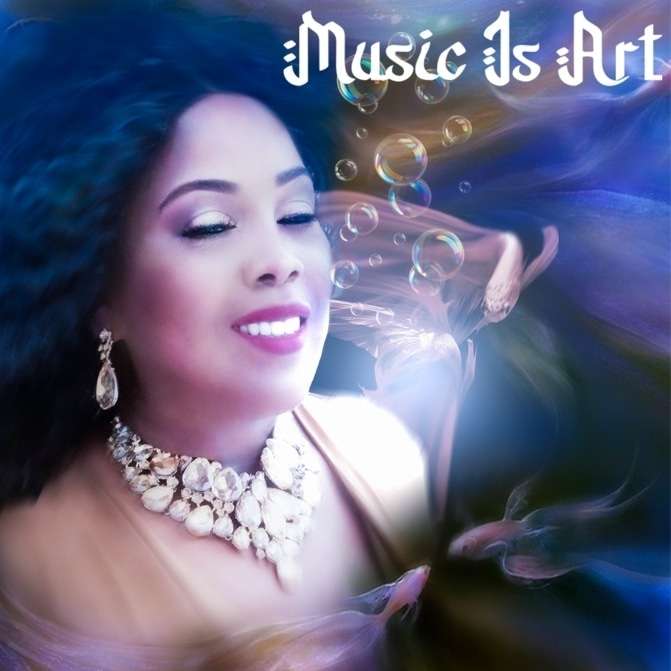 The Billboard artist has 3 singles which on the ep which flows to theme of where she obtained the majority of audience which is radio. The artist is not a fan of streaming over radio because there is no connection where if you are new listener the fans can hear a voice connecting with the fans on streaming sites. The artist prefers radio over streaming because as an artist with a full-time job, you can’t just depend on social media to gain fans She prefers the business-to-business models which allow you to team up with business who can help physically talk to the fans about the new artist. The artist tells us people listen to their music in the cars and over the internet. Some people listen and learn about you by reading and some people listen and learn about you by reading. Since audience focus on the targeted market of adults ranging from 18 and above, she wants to connect by focusing on both learning styles of her audience.

Intelligent Diva says her first track from the ep is called “Stop Calling Me”. It can relate to anyone receiving phone calls from people when they don’t feel like talking. Harassing calls from people. Also, people who constantly call you while you working. The song stemmed from the artist receiving phone calls while she’s working. After answering a call and giving the timeframe where she would be available to talk, the person continued to talk and stated they only had something to talk about and it would just take a second. The artist states, for other work activities she’s involved she has a point of contact for the callers to reach. However, the callers refuse to call those people. Then, it’s harassing automated robot calls, and telemarketers who call you when you have told them several times, you’re on a Do Not Call List. People can sue you for those things these days. Instead, Intelligent Diva wrote a song about it. The artist plans to sell the song as a ring tone also.

Next track on the ep is Bad Attitude. It’s just about a person that always carries negative energy with them, that has the tendency to spoil the morale of others. The artist made the songs fun and catchy. Every song she writes has a built-in marketing tactic. The song has a Latin vibe to it, which you can easily dance to in the club. The artist tells us she doesn’t like negative energy and when someone comes around her with it, it just kills her vibe. She would prefer not to talk to them or be around them. Everyone has bad days, but when someone constantly acts like everything that happens is a problem or kisses up to people or back stabs them, and lies on them to try and get ahead. She doesn’t like it and Intelligent Diva will let you know it.

The last song on the EP is pain. This is a huge a song. While all of the vocals on the EP sound amazing. This one really allows you to see the range of the artist. You can actually feel that she’s tired of pain. The music artist recalls being in the studio where her sound engineer Stone asked her who hurt you? He didn’t know if he should be mad at them or thank them because the song is amazing, and she sounded amazing. Intelligent Diva is definitely a power house on this song. The song relates to a story around a man cheating a woman while she ‘s working late. He chose to have an affair with her friend. This is just part one of the Ep.  Part 2 of the EP is rib and hip hop which will be released in later September. After hearing part one of the EP as a sneak peak. We can’t wait.