AIR FRYERS are one of the appliances which are becoming even more popular in homes.

They are affordable and get your food done in minutes, so how can one miss out?

Air fryers are healthy, much more than deep fryers.

The food cooked in air fryers has way less fat because it uses less oil.

That is why it is considered healthier because deep-fried foods have a higher percentage of calories and fat.

Studies also showed that it reduces the amount of acrylamide by up to 90%.

Using an air fryer has many health benefits.[/caption]

Acrylamide is a compound which is formed when starchy foods like potatoes are cooked at high temperatures.

Also known as a carcinogen, it can raise the risk of cancer and other health issues. 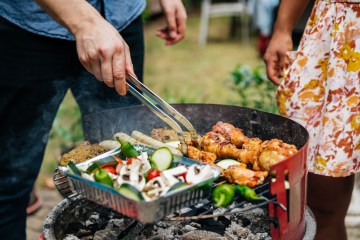 FOOD OF THE GODS 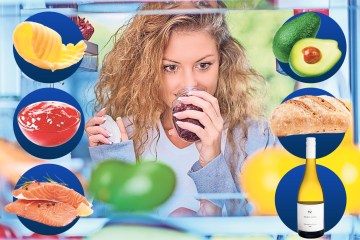 Air fryers preserve the nutrients found inside the food you’re cooking too.

The convection heat used to cook up the food preserves vitamins and plant compounds found in your meal.

That way you’re surely getting most of the nutrients needed to keep healthy.

What are the pros and cons of using an air fryer?

Being healthier is not the only pro that one can find when using an air fryer.


I work in a school & judge your kids if they’ve got these names, one is SO sneaky


I got the £4 bodysuits from Shein…they were miniscule, here's how they look

It is safer too.

With an air fryer, you won’t have any oil splashing over the surfaces, and when used within instruction guidelines, then they are way safer to use in the kitchen.

This is extremely important if you have children running around you.

With the current living cost crisis, you may be trying to find ways how to cook your family a healthy meal but save money at the same time.

Well, one of the benefits of an air fryer is that they do not make your energy bills through the roof.

It is estimated that if you for example cook a chicken in an air fryer, it would cost half as much as if you were to cook it in the oven.

Every positive may have its negative though, and air fryers do come with some cons as well.

One of the main cons about using an air fryer is that it tends to burn food quickly, so you have to be on it.

Ir rises to high temperatures at a fast rate and it can easily burn your food if you are not paying attention to it.

It also gives you a limited confined to space to cook in.

So if you are planning to cook a meal for a large family, it might not be ideal because you won’t be able to fit all the food you want in.

Are air fryers healthier than ovens?

When you air fry food rather than bake it in an oven, you are not changing anything to its compounds.

You are simply cooking it in a different method.

That is why there is no debate on whether air fryers are healthier than ovens because they both keep the nutrients of the food present.